A legal compliance test should be performed prior to initiating the sterility test. The suitability test for this method is called bacteriostatic and fungal testing. Bacteriostatic and bactericidal effects Combine less than 100 CFU of 6 different organisms with the sample and medium. If the microorganism can grow, it means that the sample will not inhibit its growth and can be tested for sterility.

After more than forty procedures, each process has undergone rigorous inspection. 100% of the products have passed the integrity test and the quality of traceability and quality is continuously improved according to the requirements of ISO9001 quality system certification. 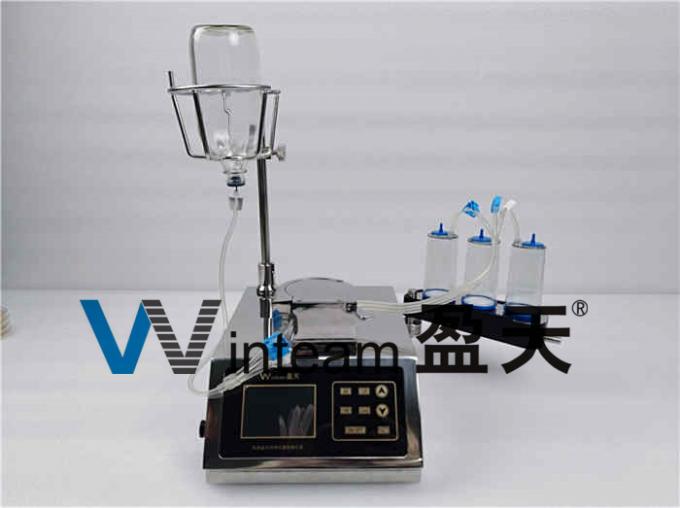 For each positive sterility test (OOS), the laboratory should conduct an OOS survey to determine the effectiveness of positive growth.

4. The relative difficulty of the test procedure;

A detailed investigation may reveal circumstantial evidence supporting the final decision. It is recommended that the sterilization cycle data, environmental data and bioburden data be reviewed before making any decision to release the product.

The John Lee formula can be used to calculate the probability of false positives 11 based on the diameter of the sample container, the amount of time the container was opened, and the number of particles in the room.

Sterility testing requires a high degree of control over GMP, Good Laboratory Practice 12, the environment (ISO Class 5 Sterile Cleanroom or higher) and employee specifications. The use of rigorous techniques in sterility testing practices is critical. This is an integral part of sterilization validation and routine quality control. Often, false positive results are rare when testing drugs in closed systems, and the challenges faced by combined products should be incorporated into a strong quality assurance program.